Sherri Boyd, Executive Director and CEO of The Arc Michigan

“We’re stretched beyond the point of reason. I’m not sure how we’re going to make it. ”
These words, spoken recently by the head of a Michigan behavioral health service agency, are haunting. They signal the rising level of fiscal hardship and regulatory fatigue that now plagues caregivers providing direct support to people with developmental disabilities and mental health issues.

Two years after the onset of COVID-19, Michigan’s direct care workforce has been hard hit by rising labor costs, burnout, and a shortage of skilled workers. To help combat these issues, advocates continue to press for increased state-level funding.
After all, the job market isn’t what it was pre-pandemic. Today’s fast-food workers are making at least $18 per hour, often with other benefits such as tuition reimbursement or paid time off.

In contrast, Michigan’s direct care workers earn an average starting wage of around $14 per hour in the state’s behavioral health system. This includes the state’s recent $2.35 per hour wage increase, which lawmakers intended to make permanent when preparing last year’s budget.

That’s the same rate of pay as many high school students can earn at a summer job. And it’s certainly not enough to support an individual or family- not by a long shot.
But here’s the problem: direct care workers receive their pay via state wage passthroughs, and these dollars are limited. It’s simply not possible for families and agencies who compensate direct care workers to simply “raise their rates” without legislative action.

This means that while other employers can raise their wages to keep pace with the current labor market, those who employ direct care workers are stuck with what they’ve got.
And what they’ve got isn’t enough.

The result of this shortfall is that many direct care workers are simply choosing to leave the profession. Individuals and families are losing the help they need. And many of our state’s most vulnerable residents are either being pushed back into residential settings or trying to go it alone.

No matter how you look at it, this is a problem that won’t be going away soon. That is why a strong coalition of behavioral health advocates has come together to propose a state General Fund appropriation of $127 million in fiscal year 2023 which would increase the average starting wage rate in the behavioral health system by $4 per hour to approximately $18 per hour. This calculation is based upon an estimated 50,000 direct support staff providing community living supports and other services funded through the behavioral health system.

The state of Michigan has the resources required to meet the needs of this important population.

And the economic benefits of action are clear.

According to an analysis prepared by Great Lakes Economic Consulting, a $5 per hour increase in direct support staff wages would provide economic benefits to the state of Michigan totaling $261 million. These benefits would include reduced turnover and increased economic activity and tax revenue.

Even better, many Michigan direct care workers would be able to end their reliance on public assistance.
It’s long past time the state of Michigan began to solve this challenge for the people of our state. We have the means and structure to do what’s best; all that’s needed now is the will to make it happen.

Click Here for our guide to Hiring and Managing Direct Care Workers! 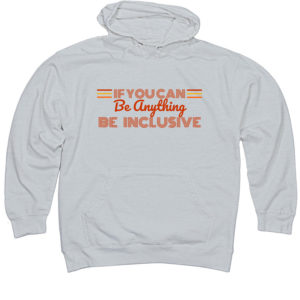 Support The Arc, look amazing, and make a statement all at the same time. It's called multitasking and you're nailing it.

Check Out Our Online Store!